Do you feel as though you’re working in a ‘doing a good job is like wetting your pants in a dark suit’ culture? i.e. you get a warm feeling but no-one else notices… 🙂

And what’s interesting is that people invariably remember the critical/negative feedback incidents much more readily than the positive ones. That negative feedback usually triggers some form or ‘threat’ response.

Neuroscience research demonstrates that even just saying “let me give you some feedback” creates a ‘threat’ response in most people’s brains.

Our ‘threat’ reaction happens automatically and instantaneously, before we have a chance to consider it rationally. The brain’s primary job is to keep you safe. There are five times as many threat circuits as reward circuits so the brain is very easily tipped into threat mode.

When a threat “let me give you some feedback” is detected, the amygdalae (there are actually 2 of them) react to keep us safe…adrenaline, cortisol, norepinephrine & other hormones & chemicals are almost instantly pumped into our bodies. Blood is pulled away from the logical thinking part of our brains and pumped to heart, muscles, etc to get us ready to fight, run away or hide.

Not a useful response in the workplace! But it’s a natural response, and it is what it is – recognising that as a leader is the first step in changing it…in ourselves and the people we work with.

How do we deal with this?

Some of the keys in giving least-threatening/most positive feedback are:

1.   Give people more positive feedback for doing a good job.

Imagine each person has a bucket. Each piece of positive feedback is a drop in the bucket. Considering the brain has 5 times the circuitry dedicated to threat, each piece of critical feedback (even if it’s constructive) can be like taking 5 drops out of the bucket. To keep people happy & engaged we suggest you give at least 5 times as much positive feedback to every piece of critical feedback.

Gottman’s 5 to 1 ratio stands the test of time. And even though some of Losada & Fredrickson’s actual paper citing the 2.9 to 1 ratio has been discredited, the finding that ‘positivity ratios were significantly higher for individuals identified as flourishing relative to those identified as non-flourishing still stands”*

2. Give people specific feedback about what they’re doing well – or need to improve.

3. Make sure EVERYONE in the organisation is responsible for Giving AND Receiving Feedback – leaders at all levels and staff.

Giving – and receiving – feedback is EVERYONE’S responsibility, not just manager to staff. Managers need to be receptive to feedback as well as giving it – as do staff.

4. Choose a non-threatening place to have a more formal feedback conversation.

Your office may feel like the lion’s den to some people! So might the glass-walled meeting room or coffee shop, where people feel like they are being observed “getting feedback’ from the boss. Tailor it to each individual.

5. Give feedback as close to the event as possible – positive and constructive feedback (unless emotions are running high, then wait until things have calmed down).

The feedback is assimilated better & related to the actual thing people did. Neural learning pathways are reinforced better, which leads to better learning outcomes.

6. Keep your language, tone, body language neutral and non-threatening, and keep your emotions in check.

All the way through, and especially at the start of the conversation. If you go leaping in fired up (or even give a hint that you are annoyed/angry), the  mirror neurons in the person’s brain pick up on it & threat states can be activated.

Of course, there are a lot more things to consider. If you want to learn more and build a productive, respectful, holistic, 360-degree culture of Giving and Receiving Feedback, then contact us below or click here for more information about our proven Giving & Receiving Feedback program.

One of our case studies showed a 26% increase in productivity after we ran this program for 351 managers in a large NSW Government agency – even though the program was compulsory it still got outstanding results!

“As a result of this program I have managers – happily – doing things like their HR plans, which I have been trying to get them to do for the past 3 years. We now have some previously chronic underperformers now performing satisfactorily, managers are happier, and we are meeting KPIs above & beyond what we were, and especially in areas like uptake of our performance management appraisal targets.”

Reports an error in “Positive Affect and the Complex Dynamics of Human Flourishing” by Barbara L. Fredrickson and Marcial F. Losada (American Psychologist, 2005[Oct], Vol 60[7], 678-686). The hypothesis tested in this article was motivated, in part, by the nonlinear dynamic model introduced in Losada (1999) and advanced in Losada and Heaphy (2004) and herein (Fredrickson & Losada, 2005). This model has since been called into question (Brown, Sokal, & Friedman, 2013). Losada has chosen not to defend his nonlinear dynamic model in light of the Brown et al. critique. Fredrickson’s (2013) published response to the Brown et al. critique conveys that although she had accepted Losada’s modeling as valid, she has since come to question it. As such, the modeling element of this article is formally withdrawn as invalid and, along with it, the model-based predictions about the particular positivity ratios of 2.9 and 11.6. Other elements of the article remain valid and are unaffected by this correction notice, notably (a) the supporting theoretical and empirical literature, (b) the data drawn from two independent samples, and (c) the finding that positivity ratios were significantly higher for individuals identified as flourishing relative to those identified as nonflourishing. 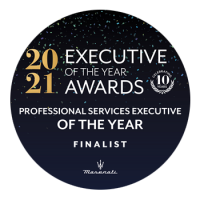