Wherever you go you’re at some stage going to come across conflict and have to deal with difficult people, whether you’re in a customer facing role or in a team. However, there’s a lot we can all do to calm it, to diminish its impact and reduce complaints.

Nearly every job involves dealing with difficult people and some form of conflict and as well as an element of customer service. Even if you’re not in a direct customer/ client service role, your boss is a customer, as are your peers and staff, and often other teams in the organisation may also be your customers.

Of course, if you’re sitting on a front desk or taking calls direct from customers (internal or external) then you’re likely to be in the direct firing line.

I’ve just read (listened to as an audio-book, actually) an extremely useful book called Blink: The Power of Thinking without Thinking, by Malcolm Gladwell, and it has some extremely valuable advice.

In his book Malcolm Gladwell talks about research into why medical practitioners & surgeons get sued – from which I think we can easily make a direct correlation into our everyday customer service & conflict management situation. Gladwell writes: 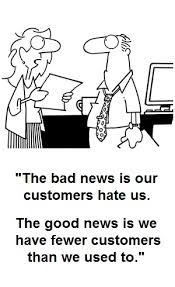 Believe it or not, the risk of being sued for malpractice has very little to do with how many mistakes a doctor makes. Analysis of malpractice lawsuits show that there are highly skilled doctors who get sued a lot and doctors who make lots of mistakes and never get sued. At the same time, the overwhelming number of people who suffer an injury due to the negligence of a doctor never file a malpractice suit at all.”

What is that something else?
It’s how they were treated, on a personal level, by their doctor. What comes up again and again in malpractice cases is that patients say they were rushed or ignored or treated poorly. “People just don’t sue doctors they like,” is how Alice Burkin, a leading medical malpractice lawyer, puts it. “In all the years I’ve been in this business, I’ve never had a potential client walk in and say, ‘I really like this doctor, and I feel terrible about doing it, but I want to sue him.’ We’ve had people come in saying they want to sue some specialist, and we’ll say, ‘We don’t think that doctor was negligent. We think it’s your primary care doctor who was at fault.’ And the client will say, ‘I don’t care what she did. I love her, and I’m not suing her.’”

Alice Burkin once had a client who had a breast tumor that wasn’t spotted until it had metastasized, and she wanted to sue her internist for the delayed diagnosis. In fact, it was her radiologist who was potentially at fault. But the client was adamant. She wanted to sue the internist. “In our first meeting, she told me she hated this doctor because she never took the time to talk to her and never asked about her other symptoms,” Burkin said. “She never looked at me as a whole person,” the patient told us….When a patient has a bad medical result, the doctor has to take the time to explain what happened, and to answer the patient’s questions and treat him like a human being. The doctors who don’t are the ones who get sued.” It isn’t necessary, then, to know much about how a surgeon operates in order to know his likelihood of being sued. What you need to understand is the relationship between that doctor and his patients.” 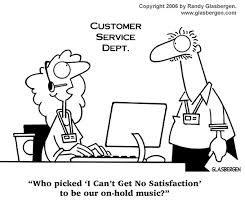 The direct parallels from this relate to any service type role, be it client facing, a manager ‘serving’ her staff, or a team servicing their internal ‘clients’. And also to how we talk to our partners and kids. Take some time to think how might this apply to your role?

Malcolm Gladwell goes on to say:
“Recently the medical researcher Wendy Levinson recorded hundreds of conversations between a group of physicians and their patients. Roughly half of the doctors had never been sued. The other half had been sued at least twice, and Levinson found that just on the basis of those conversations, she could find clear differences between the two groups. The surgeons who had never been sued spent more than 20% (three minutes) longer with each patient than those who had been sued did (18.3 minutes versus 15 minutes). They were more likely to make “orienting” comments, such as “First I’ll examine you, and then we will talk the problem over” or “I will leave time for your questions”. This will help patients get a sense of what the visit is supposed to accomplish and when they ought to ask questions. They were more likely to engage in active listening, saying such things as “Go on, tell me more about that,” and they were far more likely to laugh and be funny during the visit. Interestingly, there was no difference in the amount or quality of information they gave their patients; they didn’t provide more details about medication or the patient’s condition. The difference was entirely in how they talked to their patients.”

That last sentence contains a rich gold bearing vein: “The difference was entirely in how they talked to their patients.”

So, if you want to give your ‘patients’ (be they clients, customers, your team, your peers, your boss, your partner, etc) the best ‘service’ and reduce conflict, lessen the likelihood of you being ‘sued’, reduce complaints/ministerials, etc, take time with them. Help them feel like they’re being understood…that you understand them.

1. Make time to listen to people. More importantly, genuinely listen to people – not just Active Listening (demonstrating understanding of the content of what was said), but the next level up, Empathetic Listening, where we walk a mile in their shoes and show we also understand a person’s emotions.

2. Set clear expectations with customers/clients when starting a communication so they know what’s happening.

3. Make time to ensure that you have answered all of their questions.

4. Make the time to talk to people about how they are as a person. Show some interest in their personal lives and not only the ‘commercial transaction’ in which you are involved.
If you do these things, your ‘customers’ will probably like you (or like you more). In general, people don’t sue/complain about people they like. 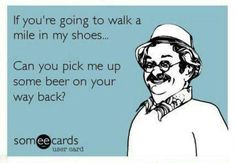 Everyone makes mistakes. Sometimes those mistakes don’t hurt anyone. But when they do, the difference between a complaint/ministerial being filed or not could be as little as three and a bit minutes.